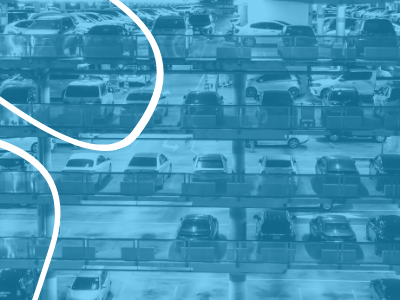 Travelling through Melbourne Airport shouldn’t be stressful, which is why we’re created this handy guide to MEL, which covers the most important stages of your journey. You’ll find everything you need to know about Melbourne’s Tullamarine Airport, whether you’re flying domestically or internationally, heading there to pick up family or friends, or just transiting through Australia’s second busiest passenger hub. Here’s what you need to know about Melbourne Airport before you go:

Most travellers find Melbourne Airport simple to navigate through; it’s spread out over one large building with multiple levels, with clear and legible signage throughout each terminal. Melbourne Airport has no curfew; it’s open 24 hours a day, 7 days a week, and serves as a major hub for Qantas and Virgin Australia, while Jetstar utilises the airport as its home base.

Inside the airport, the busiest times are typically in the morning around 8.00 - 10.00am and during the evenings from 6.00 - 8.00pm, in line with the larger international flights departing. You should expect longer waiting times at security and immigration during these periods.

How to Get to Melbourne Airport

While there are ample transport options available between Melbourne Airport and the CBD, the fastest way to reach the terminals is by car. The airport is 23 kilometres from the city centre, and easily accessible via the Tullamarine Freeway. To lessen traffic congestion, a second major road link to the airport was completed in 2015, which extended the M80 Western Ring Road to Melrose Drive, 1.5 kilometres from the main terminal area.

If you would prefer to reach the airport via taxi, rideshare, or by public transport, you’ll need to factor in a little extra time in order to complete your journey (without needing to run to your gate!). Past travellers have reported that it can take twice as long to reach the airport by bus than by private car or taxi, and that the bus service can be irregular after 8.00pm.

You can compare all the major transport options, including pricing and journey time below:

There are six car rental companies with pick up/drop-off points at Melbourne Airport, including Avis, Budget, Enterprise, Europcar, Hertz, and Thrifty. Their offices are all located on the ground floor of the airport At Terminal T123 Car Park.

The SkyBus Super Shuttle operates an express bus service from the airport to Melbourne City, Southbank and Docklands, St Kilda, Frankston and bayside suburbs, plus Melbourne's western and eastern suburbs. Tickets start at $19.75 one way, and can be purchased online and at the airport. The journey takes approximately 40 minutes.

Metropolitan and regional public buses also operate to or via Melbourne Airport; routes 478, 479 & 482 operate to Westfield Airport West, via the route 59 tram terminus, whereas route 479 operates to Sunbury railway station, and route 901 connects to trains at Broadmeadows, Epping, Greensborough, and Blackburn. If you plan on using the public bus service, you will need to purchase a Myki card. These cost $6.00, while the fare to reach the CBD is $4.40. The journey can take up to two hours.

There are nine other private bus companies which serve the airport, with services to Ballarat, Bendigo, Dandenong, Frankston, Mornington Peninsula, Geelong, Melbourne's suburbs, Shepparton and the Riverina. Prices and journey time depend on the destination, and advance bookings are recommended.

A taxi ride from Melbourne Airport to the CBD takes approximately 30 minutes, and can cost $65.00+ one-way. There is an additional access fee/pick-up rate of $4.50, but no charge for drop-offs. To avoid the hassle of finding a taxi after your flight has landed, you can pre-book one to wait for you outside the At Terminal T123 Car Park.

Rideshare services are also available at Melbourne Airport. There is a fixed rideshare fee of $4.48 per ride, while the overall fare will depend on the operator. You can expect to pay around $45.00 to $60.00 one-way, for a 30-minute journey. The following rideshare companies serve Tullamarine Airport: Uber, Ola, Didi, and GoCatch.

Rideshare drivers may pick up travellers from two locations. Qantas, International, and Virgin Australia passengers should meet their driver at lane 3 of the forecourt; while Jetstar, TigerAir, Rex, and AirNorth passengers should head to level 2, inside the T4 Ground Transport Hub. Passengers can be dropped off anywhere along Departure Drive, or the T4 Transport Hub drop-off zone on level 1.

At present, there is no direct train link between Melbourne Airport and the CBD. Preliminary plans have been approved for a direct rail line from Southern Cross to the airport, possibly via Sunshine station, but this project is many years away from completion.

There are plenty of parking options for Melbourne Airport Parking, depending on your budget and location preferences. There are five official car parks which are owned and maintained by the airport itself, as well as a range of off-site parking lots, plus free public pick up and wait zones.

If you’re heading to the airport to meet family or friends, you can make use of the free Terminal 1 & 10 minute pick up zones, or pay for parking by the hour at the Terminal T123 Car Park or the Short Stay Melbourne. If you’re flying from Melbourne Airport yourself, either for leisure or on business, you’ll find plenty of longer term parking options, which range from budget to premium lots, to valet parking.

For budget-friendly parking, you have the option of parking at the Value Car Park. Rates at these car parks start at $12.00 for 24 hours, and extend up to $96.00 for one week. For additional savings, we recommend comparing the prices offered by competing off-site companies, such as the popular Jetaway Airport Parking ($85.49 for one week) and the nearby Easy Airport Parking ($80.49 for one week). For a more detailed comparison of prices, amenities, and journey time, you can read about Melbourne Airport parking rates in our blog, or compare prices directly by entering your travel dates into the search bar above.

Corporate and business travellers flying to domestic destinations tend to opt for the Business Car Park. This car park is located close to departures, and charges a premium, with one day stays starting at $79.00.

Melbourne Airport is served by 37 passenger airlines, which fly to over 33 domestic destinations and 43 international destinations. Melbourne Tullamarine is the number one arrival/departure point for the airports of four of Australia's eight other capital cities, while the Melbourne–Sydney route is the third most-travelled passenger air route in the world.

There are four terminals at Melbourne Airport, which include 68 gates: 53 domestic and 15 international. In addition, there are five dedicated freighter parking positions on the Southern Freighter Apron.

Facilities at the Airport

There’s plenty to eat, see, do, and buy at Melbourne Airport. Whether you’re looking for a quick bite or a sit-down meal experience, for luxury goods, duty free, or for simple souvenirs, there’s something for everyone at Melbourne Tullamarine. If you’re short on time, or simply want to skip the shops, you’ll find all the modern facilities that one would expect from an international airport, from phone charging points to baby changing facilities. Scroll down to see the list in full:

ATMs: There are numerous ATMs in Terminal 1, 2, and 3. Most are located next to the gates, within the baggage reclaim halls, and close to shops.

Baby Change Facilities: There are 19 available baby change rooms before and after security screening, in departure and arrival halls, and close to restaurants.

Disabled Access: is possible from many access points throughout the airport, in terminals, car parking, and pick-up/drop off zones.

Drinking-Water: Melbourne Airport is one of the few airports in Australia that offers free filtered drinking water to its guests. Water fountains are available at all terminals.

Food & Beverages: You have a wide variety of choices when it comes to food and beverages. You can buy a snack, sip a cup of coffee, or enjoy a sit-down meal at one of the many fast-food or luxury restaurants, including Middle Ground by Shane Delia and Bar Pulpo.

Lost property: If you have misplaced any of your belongings, you can ask at the Smartcarte (Terminal 2 International Arrivals - ground floor) for assistance.

Luggage: Baggage storage is possible for short and long periods at Terminals 2 and 4. Wrapping of fragile items to prevent damage is also possible at Terminal 2. You will find counters for oversized baggage at the pick-up and drop-off points.

Mobile Phone Charging: Phone charging stations can be found all over the airport after security.

Open Access Lounges: To wait for your flight in style you can pre-book access to an Open Access Lounge for around $40.00, or pay on the spot, to enjoy exquisite cuisine and drinks. The Qantas Chairman’s Lounge, Virgin Australia’s The Club and the Priority Pass eateries are also available to ticket or pass holders.

Pharmacies: There are pharmacy kiosks in each terminal, before or after security.

Shopping: The list of stores in Melbourne Airport is extensive. If you’ve lost your mobile charger or forgotten to pack your toothbrush, you’ll definitely be able find a replacement. Passengers transiting through Terminal 2, can take advantage of the range of luxury goods stores, and indulge in some tax free shopping.

Toilets & Showers: Public showers are available in Terminal 2. Toilets can be found in all four terminals, at 43 spots conveniently located close to gates, the departures hall, the arrivals hall, food courts, and by shops.

Although Melbourne Airport is open 24 hours a day, passengers who do not wish to stay overnight at the airport can book a room in one of the four nearby hotels. The closest is the PARKROYAL, which is only 100 metres away from Terminal 2. The Holiday Inn and the Ibis Budget can be found within 400 and 600 metres of the main airport building respectively, while the Mantra Tullamarine is approximately 2 kilometres away.

Melbourne Airport officially opened in 1970, and was originally designed to replace Essendon Airport, which could no longer cope with the surge in inbound and outbound passenger traffic. Since the formation of the Federal Airports Corporation in 1988, a number of upgrades have been undertaken at the airport in order to improve its infrastructure. This included the expansion of the runways, the construction of new car parks, and additions to the terminals.

More recently, the airport undertook construction works to prepare for the arrival of the double-decker Airbus A380 (2005), and to expand Terminal 2 to include new lounges, retail stores, and more aviation facilities (between 2006 - 2011). Plans for a rail link between the airport and the city were approved in 2019, with work scheduled to start in 2022.

The continued investment in, and improvements made, to Melbourne Tullamarine Airport over the last few years was acknowledged by the World Airport Awards in 2020, which awarded the airport the distinction of being the ‘Best Airport Australia/Pacific’.

Flyparks is a popular online comparison service that assists travellers in finding and booking parking at airports all over Australia and New Zealand. Based on meticulous and extensive research into all of the on-site and off-site parking facilities available, we have published numerous airport parking guides and price comparison reports, which highlight the best and the most reliable parking services on the market.

We believe that getting to the airport shouldn't be stressful. That’s why Flyparks is here to help you find an airport parking space that suits your needs and budget. With just a couple of clicks, you can find an off-site Melbourne Airport car parking option, book your space, and then drive to the airport worry-free.

Please note that the information above is provided for reference only, and does not constitute as travel advice. For the most recent and relevant information about Melbourne Airport, you should check their official website.

Back to the overview 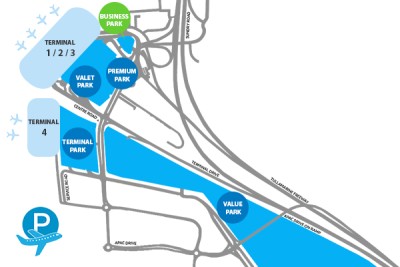 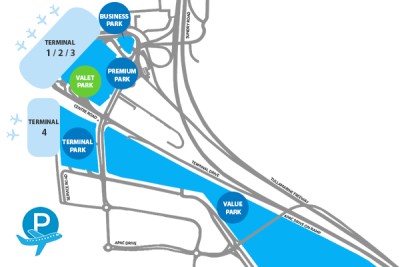 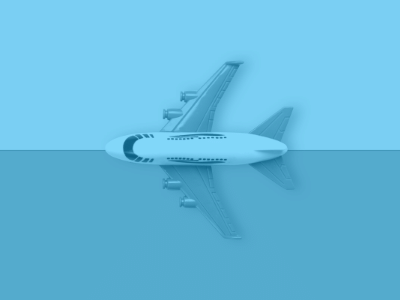 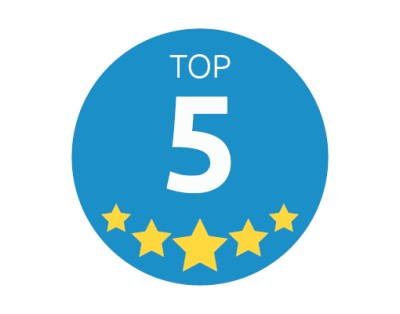 Do you have a question or an issue with your booking?

We use cookies and similar techniques in order to improve our service, to show you personalized content and targeted ads. Want to know more?